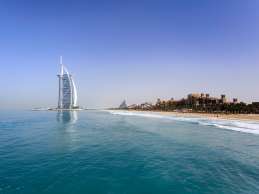 The world’s second-most oil-rich country, Saudi Arabia has launched a series of ambitious initiatives and projects in recent years in a bid to reduce its fossil fuel dependency. The Vision 2030 program includes US$200 billion of investment to create 60GW of renewable energy by 2030, while radical plans for the new city of Neom include various innovative, networked, green technologies. This session, organized by Intersolar Middle East, will also examine megaprojects such as a new, sustainable tourist destination by the Red Sea and King Abdullah Economic City, a new, eco-conscious city aimed at driving investment to the Kingdom. Our JF4S expert Parag Bhamre will speak about “Entering the Club of Solar Leaders in the Middle East: KSA Market Assessment & Future Perspectives”.